You are here: Home › Home Entertainment › Gaming › Power Mac Center’s Arcadium for 2 Gaming Event is Fun so Join It!

Power Mac Center is proving to everyone that Apple products can be a great platform  for gaming and they’re doing it again with their annual gaming event — Arcadium  for 2.
Now on it’s 4th year, Arcadium for 2, promises to bring gaming  to a whole new level through multiplayer fun using the iPad Air, iPod Touch, Apple TV, iMac and MacBook Pro. Together with the rest of the IT media and bloggers, Smart Homes Now got a preview of the fun activities for Arcadium for  2. 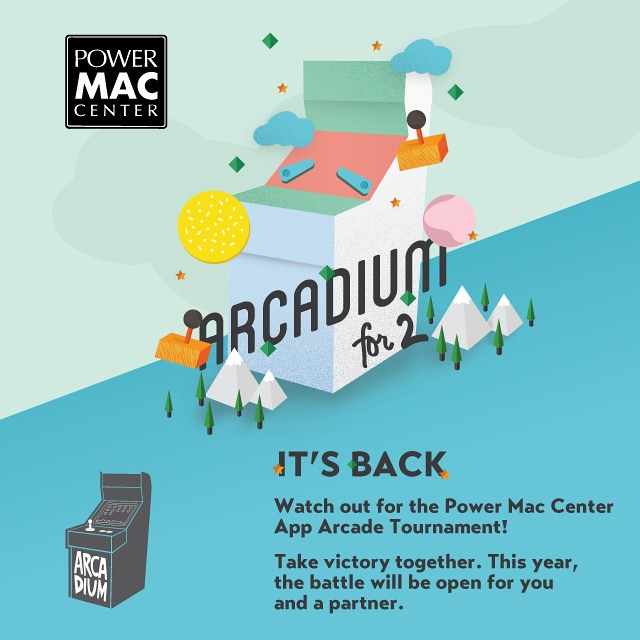 We got to play Bowling Central where we had to use an iPod Touch to play bowling. The iPod Touch was connected to a wireless sensor and players had to tap, hold and swing the iPod device to play bowling ball.  You use the Touch like you would use a Nintendo Wii controller.  I tried my  hand at and it was a little unresponsive at first; after a few tries, we got the hang of it although I kept on hitting spares or missing pins.  I did manage a strike once. 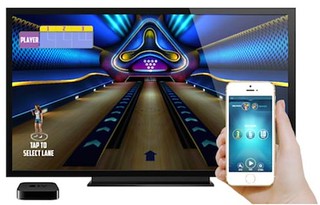 King of Opera is a little gem of multiplayer gaming fun. The object of the game is to hold the spotlight and keep on “singing.” Other players will try to ram and bump you off the circular stage to get the spotlight. Four players can play the game simultaneously and while the game’s mechanics are simplistic, it proved to be fun and frenetic. 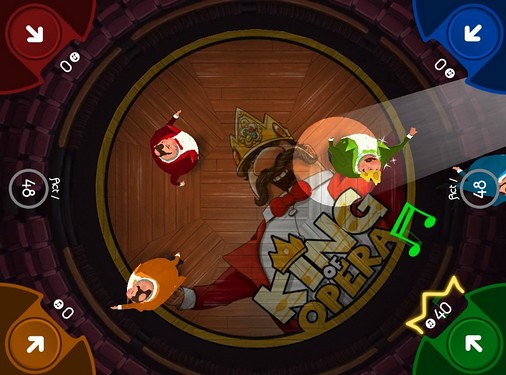 FPS (first person shooter) players will  also like Arcadium for 2   as it will include Call of Duty: Black Ops for the iMac. Call  The objective is simple: Kill anything that moves. We went against bots (game controlled players) but it’s not just run and gun tactics. The bots move around, duck into rooms, use grenades, RPGs (rocket propelled grenades), remote control and motion control mines to take players out.  It was intense and flat out fun. 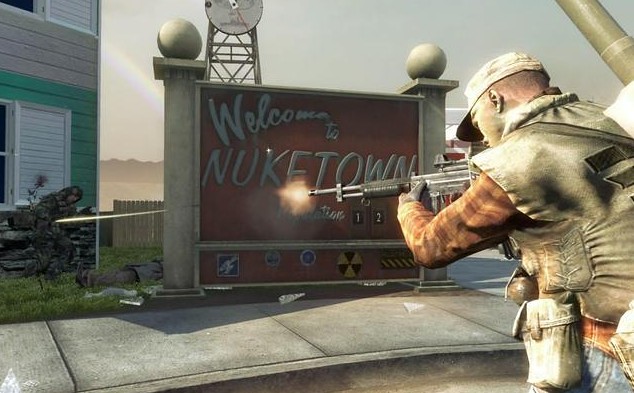 Arcadium for  2 not only covers apps and devices but also table top games. Golem Arcana, a digitally-enhanced miniatures board game is just as riveting as Call of Duty. Each player has a set of miniatures to play with, a terrain board to move around. attack and movement cards. Golem Arcana uses a Tabletop Digital Interface on a dedicated Apple app to keep track of the players units’ life points, attack and movement options. Players place their actual miniatures on a terrain board. To play it, players use a Bluetooth powered stylus to move their miniatures on the Apple App, attack other units and more. Players had to either roll the included percentile dice or click on the stylus to let the app roll for the chance to hit their opponent’s miniatures. 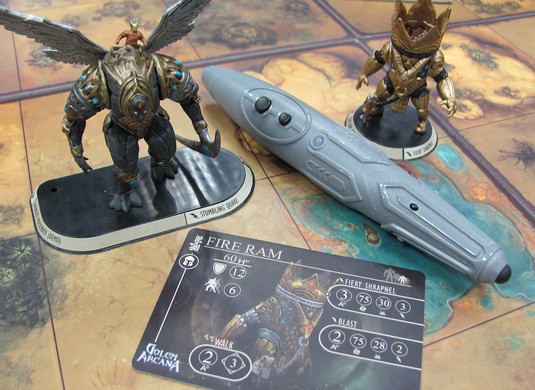 Arcadium for 2  proved to be a fun gaming event . We’re pretty sure that veteran gamers, tablet top gaming aficionados and newbies will want to join the gaming event. And did we mention that winners will get cool Apple products and other devices? Arcadium 2 will be held in Power Mac Centers in Metro Manila so register for it now. For more information, visit the Power Mac Center site or click here.