First there was Augmented Reality. What is it?

It’s where real world things get augmented through computer-generated sensory input such as sound, video, graphics.

Most applications that we saw using augmented reality utilized a smartphone or gaming devices. It uses the environment and objects in it and then use for interactive purposes.

It was pretty cool. Today, Microsoft leaped beyond it with its Holographic Computing system called the Hololens. 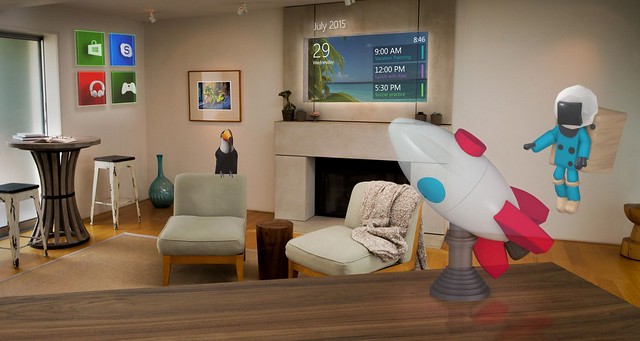 It still uses the environment and the objects in it and project its awesome applications into it.

Instead of using a small device to peer into the hololens, users will wear a headset akin to a virtual reality one but not as bulky.

They showed a setting inside a home where they had a virtual pet, an interactive calendar to track activities for the day, Skype, a video player and more.

But instead of these applications all clumped up in your view, you can call them up and put them on a wall. Or someplace you’d appreciate it.

You can get a movie to follow you around your home and then once you’ve settled on a good spot, snap it to a wall.

People can use the Hololens for educational purposes or even teach you how to do home repairs. Yes, even in the bathroom. 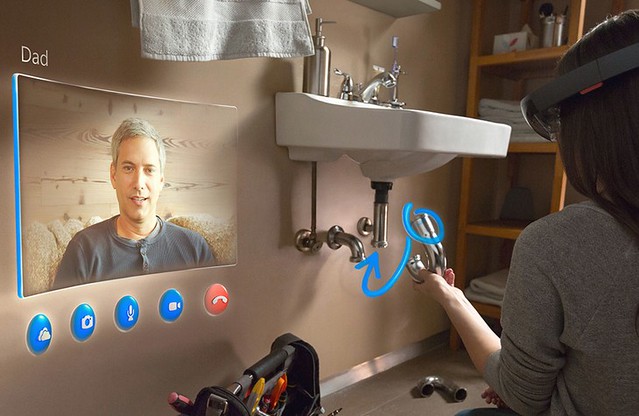 You control the applications through gesture control or voice commands. Of course,  you have to wear the Hololens Headset to do everything. Once you take it off, all the wonderful holographic displays and objects will disappear.

One day, you won’t need the headset to see the holographic displays. It’ll be mounted on your wall or ceiling and enjoy 360 degrees of holographic madness.