You are here: Home › Home Health › Cleaning › Philips Air Purifier will Help Purify and Clean Air Inside your Home

Air pollution is  one of the hazards of modern living. It’s something you have to deal with because once you get out, it’s already in the air that you breathe. But did you know that you should also be concerned about the air you breathe in your home?

We spend a better part of our lives in our homes and even though the air might be cleaner in your home, it isn’t. Sometimes it’s just as bad as the air outside.

It could be a number of things that’s making indoor air quality bad. It could be mold that has developed because of soaked and wet wooden ceilings,  house dust mites, and even pets. 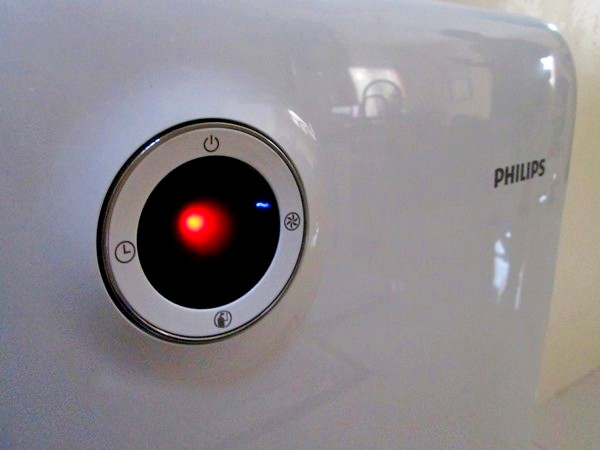 “Just what do you think you are doing, Dave?”

We reviewed for ourselves a Philips Air Purifier and we are impressed with it. This Philips product doesn’t look like your regular boxy air purifier.

It’s a curvy white home appliance and we like it.  From the front, it looks like a back of a mobile phone with a camera.

Its intake vents are located on the front sides and then flushes out hopefully better air through vents on the back.

The controls are pretty easy enough to use. There are no knobs or dials here. It has this circular control panel where you can turn it on and off,  change air intake speed and timer. 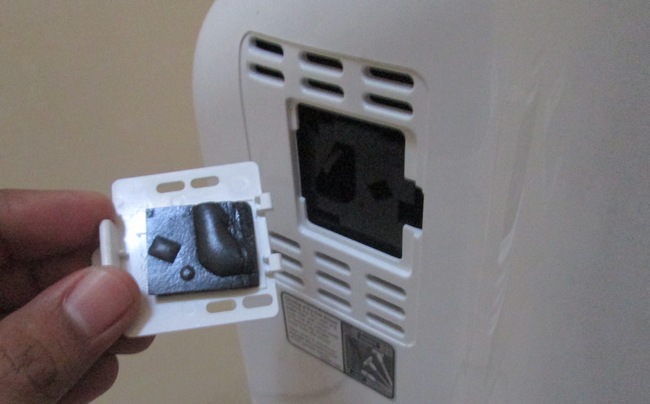 Did we mention that the control panel looks pretty rad.  If you’ve watched the Stanley Kubrick film, 2001: A Space Odyssey, you’ll notice that the Philips Air Purifier’s control panel looks like HAL 9000.   In all honesty, we were waiting for it to say, “Just what do you think you are doing, Dave?” But it didn’t happen. Drat.

But enough of that. So how does it perform? Well, we don’t have the proper gauge and sensors so we used our own senses to see if there’s any real difference.

So how do you know that the air that’s being spewed out is cleaner? 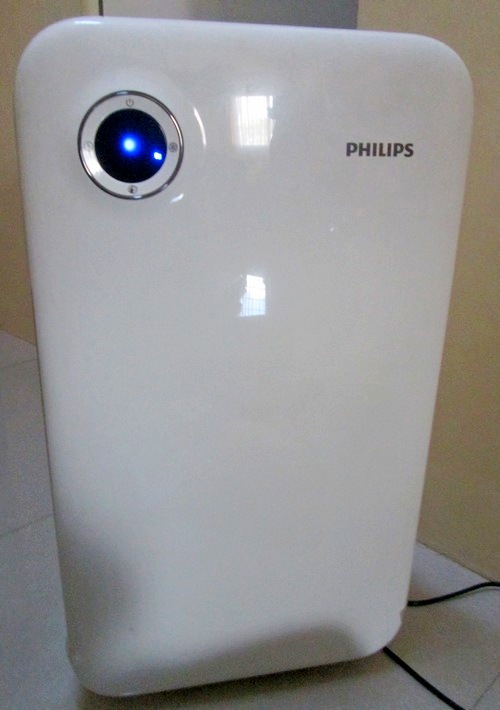 Well, the Philips Air Purifier goes through three (3) phases/stages. Once you power it up, the center light will flash red.  Depending on the size of the room that you’re in or the air quality inside your home, it may take a few minutes before it turns purple. That means that the air quality is better.  Once the blue light comes on, that means that the air purifier is starting to work. It’s basically cleaning and purifying the air. 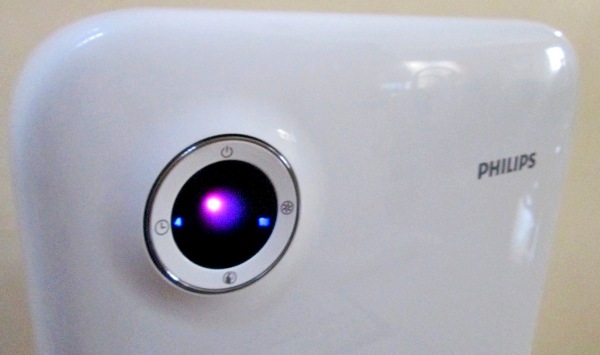 So did it work?  We tried it for a whole month and interestingly enough, it does purify the air.  The air inside the room the Philips Air Purifier smelled different from the other rooms.  It didn’t smell as musty as before. The residents at our home had fewer instances of allergies. And at night, they slept better when the air purifier was turned on.

Interestingly, whenever we opened the door where the Air Purifier was in, the blue light would turn purple. That means that the air inside was being affected by the sudden rush of air that came from the outside.  It was actively purifying the air in real time. After a minute or so, it turned blue again.

We’ll have a more conclusive test once we have the necessary sensors and gauges but for now, based on our own real world tests, we would say that it’s effective on cleaning the air inside your home.

It’ll make you breathe easier and perhaps eliminate allergens from the air.

We give the Philips Air Purifier a rating of 4.0 out of 5.

For more information, go to www.philips.com or click here