We’re back! Well, the Smart Homes Now! Blog that is.  What’s new? Well, a lot actually. But let’s start with Trend Micro’s report on vulnerability issues.

According to a Trend Micro report, around 6.1 million devices  could be at risk to remote code execution attacks. This is due to vulnerabilities that have been fixed since 2012.

The report said that the vulnerabilities like in the Portable SDK (software development kit) for UPnP™ Devices, also called libupnp. This particular library is used to implement media playback (DLNA) or NAT traversal (UPnP IGD).  Apps on a smartphone can use these features to play media files or connect to other devices within a user’s home network.

As mentioned above, the vulnerabilities were fixed and addressed 3 years ago but unfortunately many apps still use the older version of the SDK.

And how does it affect devices that have it? Well, the Trend Micro report said that it could be possibly crash the device.  Malicious hackers could also take control of the device that has the old SDK version. Affected  vendors have been informed about this issue and they’ve begun providing fixes for it. For more information on the report, go to the Trend Micro site or click here

We suggest that you check the app that your smartphone uses. 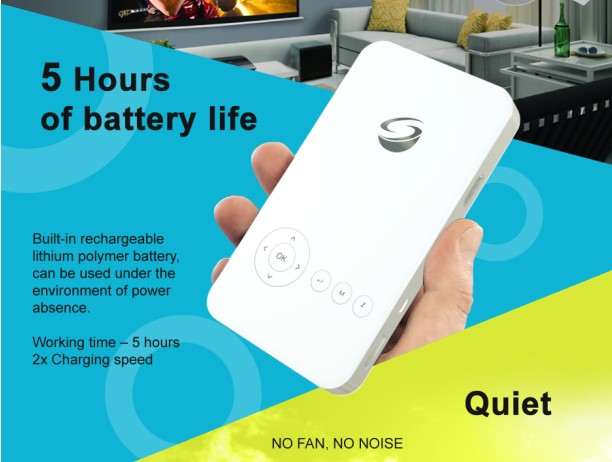 This is for Smart Home Owners who want to bring their home entertainment displays anywhere without straining their back or bringing a generator.  The sProjector is well, a projector. But instead of the usual big and cumbersome box, this mini projector iis roughly the size of a paper pocket book. And it only weights 150g. You can watch 4K movies, TV shows and even video games and it can a screen up to 180″”.   That’s pretty awesome.

It offers  1920×1080 at 1000 lumens projection. It’s got  auto lamp dimming function, auto brightness adjustment function. It has  up to 15000 hours of lamp life depending on selected lamp mode. Check out the video below:

And here’s another great thing. It has its own rechargeable lithium polymer battery pack and it can last up to 5 hours. You can still connect this to a power source and use it.

It’s currently on indiegogo.com and it has already met its funding goal. It’s available for US$190. We suggest that you check it out.

That’s it for this week. Stay tuned for Smart Homes Now! Blog updates!