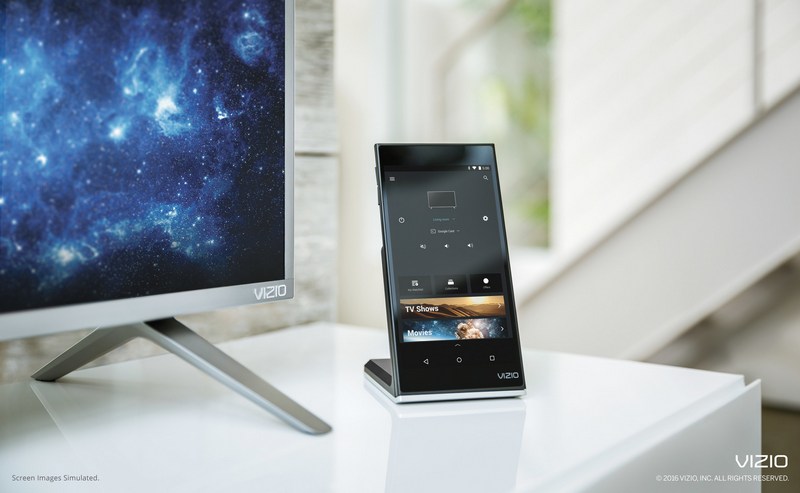 The VIZIO SmartCast app turns every mobile device screen into a remote control and represents a paradigm shift in content discovery. Instead of jumping between apps, VIZIO SmartCast allows users to search and browse content first by genre across multiple apps at once, then select the app or source to play the content. The app also simplifies on-screen navigation. Rather than struggling to see and adjust settings or navigate apps from across the room, VIZIO SmartCast users gain access to all menus and playback controls through the app. With the VIZIO SmartCast app available for download on iOS and Android devices, consumers will never have to deal with a lost remote again.

The VIZIO SmartCast P-Series Ultra HD HDR Home Theater Display boasts the same advanced picture quality technologies first released on the 2015 VIZIO 120″ and 65″ Reference Series. Ultra HD featuring High Dynamic Range with Dolby Vision content support transforms the entertainment experience with dramatic imaging, incredible brightness, contrast and color that brings content to life. New release titles such as In the Heart of the Sea and Point Break continue to roll out through video-on-demand services like VUDU, which currently has more than 30 Warner Bros. titles available in the Dolby Vision format.

With Google Cast built in to every VIZIO SmartCast device, consumers can access thousands of mobile apps they already know and love. By simply tapping the Cast button, consumers can easily watch content go from their mobile screen to any VIZIO SmartCast or Cast-enabled device on their home WiFi network. And with casting over WiFi, users can still multi-task on the P-Series included tablet remote or their own mobile device without interrupting what is casting on the display.

VIZIO SmartCast makes its debut on the P-Series Ultra HD HDR Home Theater Display with additional collections and products to follow. P-Series is available now with more information and retailers available at VIZIO.com.