You are here: Home › News › Blog › Playing video games can make you happy

We’ve said it before, and we’ll say it again: playing video games can make you happy. And there’s an actual study that says it.

Most of the world has been on lockdown and under quarantine for many months. That meant many people stayed indoors and chose video games to play and socially connect with others.

Oxford University researched these entertainment and leisure activities and yielded a surprising (not to us) finding; time spent playing games is positively associated with well-being. 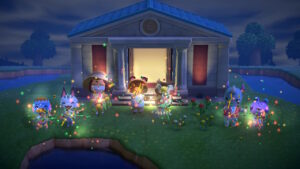 The study suggests that competence and social connection with others through play may contribute to people’s well-being. For some of us here at SmartHomes Now who play regularly, it’s similar to what happens in team matches in FPS games. Cooperation, coordination, and working to achieve a singular goal are crucial in winning matches. The report said that those who derived enjoyment from playing were more likely to report experiencing positive well-being.

Professor Andrew Przybylski, Director of Research at the Oxford Internet Institute, University of Oxford, and lead author of the study, says, ‘Previous research has relied mainly on self-report surveys to study the relationship between play and well-being. Without objective data from games companies, those proposing advice to parents or policymakers have done so without the benefit of a robust evidence base.

‘Our findings show video games aren’t necessarily bad for your health; there are other psychological factors which have a significant effect on a persons’ well-being. Play can be an activity that relates positively to people’s mental health – and regulating video games could withhold those benefits from players.

‘Working with Electronic Arts and Nintendo of America, we’ve been able to combine academic and industry expertise. Through access to data on peoples’ playing time, for the first time, we’ve been able to investigate the relation between actual gameplay behavior and subjective well-being, enabling us to deliver a template for crafting high-quality evidence to support health policymakers.’

They also said that other psychological factors have a significant effect on a persons’ well-being. They looked at patterns of player behavior of more than 3,270 players.

And here are their key findings as stated on their web site:

• The amount of time spent playing didn’t factor much, but it was still significant in people’s well-being.

• A player’s subjective experiences during play might be a more significant factor for well-being than mere playtime.

• The findings also suggested that psychological needs not met in the real world might negatively affect well-being from play.

If you want to know more about the extended interview with Professor Przybylski, click here.

So play your favorite video games. But just like everything, do it in moderation. It pays to be smart.