We’re dating ourselves here. If you still remember what a Game & Watch is, then you’re old. Or you’ve played it before preferred the bigger Nintendo ones. Or you’re old.

If you’ve played with one and you’ve thoroughly enjoyed playing Popeye and Octopus, then you’ll be glad to know about this latest announcement. It’s time to relive gaming nostalgia with the new Nintendo Game & Watch System. 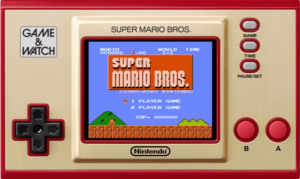 The original Game & Watch device came out in Japan in the 80s, and one of our editors had one, way back in 1981, and it was a game called Octopus. It was the first handheld gaming system created by Nintendo. 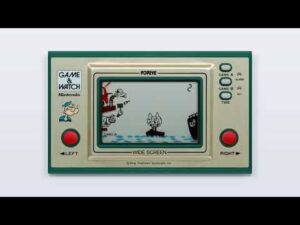 One of our editors played this. Yes. He’s that old.

The new Game & Watch system is almost similar in size, and it includes Super Mario Brothers games and a slick digital clock with cool animations.
It has a D-pad and the usual collection of buttons to play game modes and more. And the display is all in color, not in monochrome. It would have been cool if it can display in monochrome colors, though. 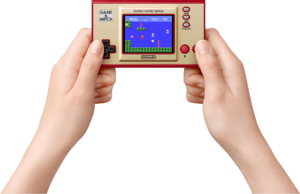 This new G&W has an internal battery that can supposedly last 8 hours on a single charge with a USB type C charger. The old version used LR43 (or SR43) batteries and was pretty expensive to replace them. 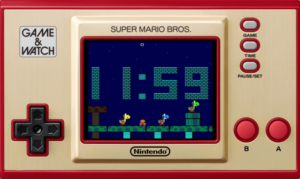 So do we want one? We already have our Nintendo Switch, and we’re happy with it. But if you want something you can put in your front pockets (although we recommend that you don’t) and play Super Mario Bros., then this would be a hoot to play.

And yes, we’re going to ask Santa Claus for one.