Soon, smart homes will be getting their electricity from marine and hydrokinetic (MHK) power solutions.

This particular renewable power technology generates power from waves, tides or currents. There have been technologies and developments that attempt to harness it.

But today, we’re one step closer to getting our homes powered  by seas and oceans. MHK got the needed push to become a viable renewable energy solution when the US Navy tested a prototype wave energy device. It has already passed its first grid-connected open-sea pilot testing. 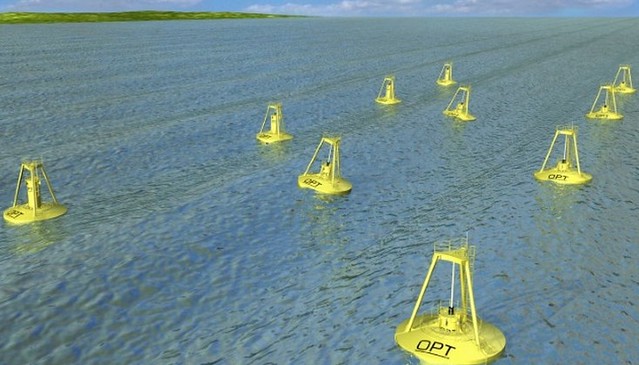 According to the Department of Energy blog, the US Navy launched and installed in a 30-meter test berth at the Navy’s Wave Energy Test Site (WETS) in Hawaii.

The US is looking into developing MHKs as the country has strong wave and tidal resources. More than 50% of the US population lives within 50 miles of a coastline.

So it makes sense to use MHKs tied to the grid as transmission from these resources will be cheaper.

The country is surrounded by seas and oceans on every side. The Philippines could setup these wave energy devices at strong wave and tidal areas. We already have tranmissions lines in place. Meralco could also build ones as well.

But it may take a while. They’re still developing and optimizing this MHK device. But once they figure it out, the US Department of Energy and their partner will build a full-scale device. It could provide 500 kilowatts to one megawatt at even deeper test berths of 60 meters to 80 meters over the next several years.

But it looks promising. While Smart Homes Now espouses using alternative energies to generate our own home power, it’s not a bad idea to use MHKs. It’s renewable and it’s clean and it could work side-by-side with the power grid.

We’re excited about this latest renewable energy development. We’ll provide updates as soon as we get them.