The production and use of solar panels in the world has increased and according to online market research company.  ReportsnReports.com, it’ll be a $180 Billion market by 2021.

Check out the rest of the report below.

The stability of the solar panels market leads to a new and irreversible positive thrust and market development is certain to occur, only with a question of ‘how fast?’ says this 2015 research that forecasts a $180.7 Billionvalue by 2021.

Complete report on solar panels market spread across 537 pages, analyzing and profiling 42 companies and supported with 212 tables and figures is now available at http://www.reportsnreports.com/reports/345439-solar-panels-market-shares-strategies-and-forecasts-worldwide-2015-to-2021.html .

Worldwide solar panels market is growing as units become more efficient and less costly for generating electricity. Rapid adoption of solar panels, globally, is occurring as systems provide peak power efficiently. Solar panels market driving forces relate primarily to the prospect of inexpensive, lasting energy from the sun. In 2015, analysts agree, a tipping point has been reached, solar panel markets are at the critical point in the market development, where an inevitability of adoption is certain. Solar panels market has been an up and down evolving situation that was completely dependent on government subsidies. 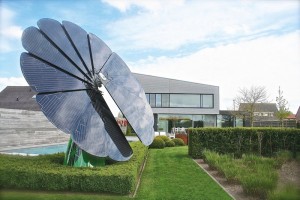 Solar panels market has crossed a threshold and gains will possibly have significant momentum, triggered by the technology. Solar panel adoption is now a dynamic process of innovation, insight, and influence through advocacy. The critical point in solar panel market adoption is a process that is now unstoppable. The growth of solar has been driven by a single paradigm at the federal and state levels worldwide. Now, with China so entirely dedicated to making solar less expensive than coal electrical generation, solar energy will take hold worldwide. Almost all solar has taken advantage of and needed to take advantage of — state-level incentives.China has had government subsidies for a long time. This continues to be the case, but in China now, grid parity is a result of taxing coal electrical generation, making solar panels attractive. The US is poised to see rapid adoption of solar panels market in various regions.

Regionally, analysts forecast the solar panels market in the APAC region to grow at 11.5% CAGR over the period 2014-2019. The research titled Solar Panel Market in the APAC Region 2015-2019 segments the market based on end-user and type. A solar panel (also called a PV module) is a collection of solar cells engraved from silicon wafers that generates electricity by capturing the sunlight. Solar panel systems include solar PV inverters, which connect numerous solar panels to a power grid to ensure improved efficiency and increased reliability in the grid. There are two types of solar cells: crystalline silicon and thin-film. Thin-film cells can be deposited as thin layers that measure less than 1 micron. These cells are less expensive compared to silicon and help manufacturers build solar panels of different sizes and shapes depending on the requirement.