You are here: Home › News › Blog › Augmented and Virtual Reality Devices Will Be Big in the Coming Years

It looks like Augmented and Virtual Reality devices  are going to be big in the coming years. According to industry research reports, the virtual and augmented reality is the future, and the market is seeing strong interest from the biggest tech players. Vuzix, Alphabet Inc. (formerly Google), Facebook Inc., Microsoft Corporation, Intel Corporation, Sony are all coming out with the AR and VR tech and devices. Some of them have already rolled out a few.

To understand why analysts are so excited about the potential growth of this market, A Goldman Sachs report explained that there are, “nine areas in which virtual and augmented reality can be used, ranging from video games to retail. While video games make up the largest portion, everything from health care to real estate could experience disruption.” The Analyst continues to stand strong behind the fact that in 2016 we will see the most significant progress on VR/AR ever.

A report by CCS Insight shows that Augmented and Virtual Reality devices will soon become a $4 billion-plus business in 3 Years and that more than 24 million devices will be sold in 2018.

But as always, AR and VR technology will still need to overcome a few obstacles. First, VR and AR devices are expensive. The Oculus kit has a steep price. At launch, it was priced at U$1600+.  Second, they’re not as handy or as light as mobile phones.

Most VR and AR devices are used at home or work but there will be more commercial uses for it and they’ll become more ubiquitous.  That will likely drive the prices down as more people demand it. 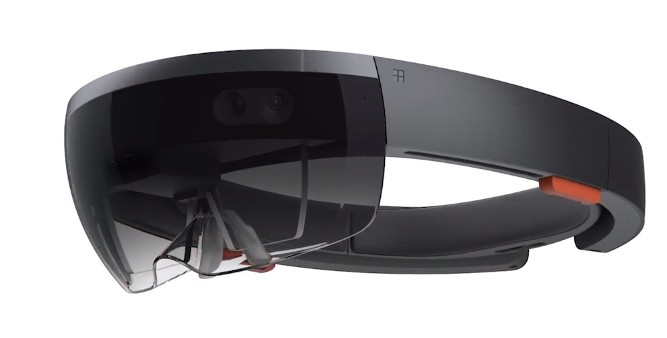 According to the report, the industry learned a lot from the disappointment of Alphabet Inc. Glass, which despite its futuristic ambitions was an expensive and not a very useful gadget. Since then Google has moved to focusing on software, providing cardboard VR headsets which can be used with smartphones. Some tech companies took it upon themselves to create a counter product, to prove that the concept of smart wearable glasses can actually be efficient. Vuzix, for example,sells Virtual and Augmented Reality products in the consumer, industrial, commercial, academic and medical markets.

Facebook has also thrown their hats in the ring by buying  the Oculus Rift.  The device started deliveries two months ago, and despite delays due to, “unexpected component shortage” the headset is forecasted to be a hit, with shipments of over 2 million units this year, according to International Data Corporation. And it’s cheaper now at US$599.

Microsoft also unveiled their HoloLens but it is the most expensive at US$3000. It’s more AR than VR but it is rather amazing to see how it works. Microsoft describes the headset as a “holographic computer, enabling you to interact with high definition holograms in your world.” The purpose of such an expensive headset more entrepreneurial and industrial. For example, Microsoft is exploring opportunities to transform the architecture process with the HoloLens. The augmented reality will enable get a sense of scale, form, and space to easily visualize ideas and make decisions based on visuals.

The future of Augmented and Virtual Reality is bright.  Soon, you’ll be using AR and VR devices at home and at work.

For more information on the report, visit http://www.FinancialBuzz.com.