Gfk, a market intelligence and research company, said in a report that the rising affluence and consumer sophistication in developing Southeast Asia is contributing to the positive sales trends of the major domestic appliances sector in this region.

In the report that covered 12 months (from July 2015 to June 2016 over), people bought over 20 million air conditioners, washing machines and refrigerators.  All of those purchases was valued over US$ 6 billion and tracked over seven key SEA markets. This represents 2.9 and 1.9 percent sales units and value growth respectively compared to the same period a year ago. 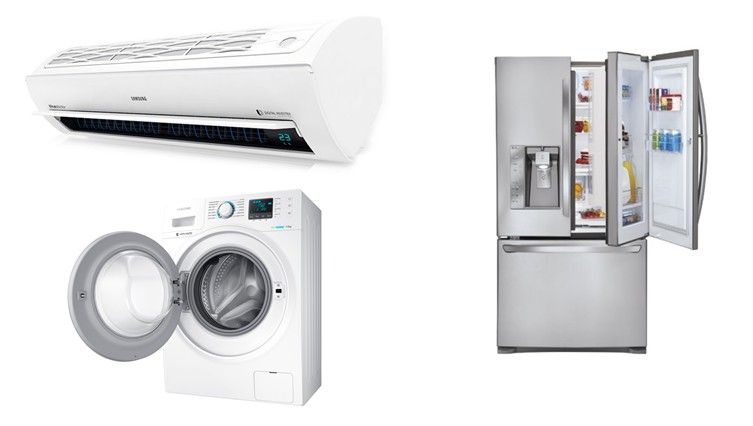 Across Southeast Asia’s tracked markets of Singapore, Malaysia, Thailand, Indonesia, Philippines, Vietnam, and Cambodia, only two countries—Vietnam and Cambodia exhibited positive growth in both volume and value sales of all three of their key major domestic appliances segments. Thailand, Philippines and Singapore also managed to turn in positive growth in value terms, but declines were seen in the sales volume for various segments.

With temperatures getting hotter, it’s no wonder that more households are buying more air conditioners. The Gfk report stated that in the past year, air conditioner was the best performing segment with its healthy 10 and 8 percent surge in sales value and volume; driven up significantly by demand spikes especially in the second quarter of this year. Five of the seven countries reflected heavier consumer spending in this appliance but the segment’s robust performance was contributed mostly by the strong double digit growth witnessed in its two largest markets—Vietnam and Thailand, which generated incremental sales dollars by 19.5 and 10.7 percent over the previous year.

“Southeast Asia was facing unusually hot weather in the second quarter of this year, with some countries even experiencing temperatures that were beating all time national highs—giving households a compelling reason to acquire air conditioners to cool down their homes,” noted Jasmine Lim, Account Director for Home & Lifestyle at GfK Asia. “It was especially scorching in Thailand in the month of April as peak average temperature each day hit over 40 degree, with one of the days posting its hottest ever recorded temperature in 65 years.”

But here’s the great thing.  Inverter type air conditioners, which are more energy efficient, are gaining more ground.  Homeowners still prefer to purchase the more affordable non-inverter models because it’s cheaper but Gfk says that an increasing number of environmentally savvy consumers are now opting for  inverter type air conditioners. In the past one year, the segment accounted for 22 percent of total air conditioners sold in the region—up from just 17 percent during the same period a year ago.

“The dominant single tub and front loaders are the growing segments in washing machines, while demand for the more traditional double tub models decline correspondingly,” said Lim. “As developing markets in this region continue to modernize, increasing number of households are willing to pay more to upgrade their washing machines to newer models with better features to move along with times.”

“Urbanization in many of the developing markets continues to bring about changes in lifestyle and spending power, which also directly impacts consumers’ technology usage,” highlighted Lim. “This upgrading phenomenon which has already been in place for some time now will continue to stimulate the region’s appliances market for more years to come,” she concluded.

For more information on this report, please visit www.gfk.com